Police have arrested a man believed to be a member of the Proud Boys for his involvement in last Friday's melee outside the Metropolitan Republican Club in the Upper East Side.

Geoffrey Young, 38, faces charges of attempted assault and rioting, police said. He is the first member of the Proud Boys to be arrested for his role in the mob beating of two antifascist protesters. Video captured by journalist Sandi Bachom shows Young among a group of Proud Boys who assaulted a pair of protesters on 82nd Street.

During his arraignment on Friday, Assistant District Attorney Jamie Kleidman referred to Young's "vicious and unrelenting attack on antifa." He added that Young, along with another Proud Boy, charged at protesters before they threw a plastic bottle at him, according to additional video that's not yet been released. Young was released without bail and did not respond to reporters' requests for comment.

Police have also arrested a second Proud Boy. According to an NYPD spokesperson, Jon Kinsman, 39, was charged with attempted gang assault, attempted assault, riot, and criminal possession of a weapon. He lives in Morristown, New Jersey.

The remaining seven Proud Boys wanted by police will reportedly turn themselves in to the 19th Precinct at some point in the next few hours, according to Gavin McInnes. A "No Nazi" protest and press conference is also scheduled to take place outside the 19th Precinct, beginning at 6:30 p.m. tonight.

Over the last week, the NYPD has endured fierce criticism for not immediately detaining or questioning any of the Proud Boys involved in the brawl, despite video showing officers at the scene for a portion of the fight. On Monday, NYPD leaders announced they were seeking to charge a total of nine Proud Boys and three additional antifascist protesters. They also released new security camera footage, which showed antifacist protesters throwing a bottle at a group of Proud Boys, before they are quickly outnumbered.

Hours prior to last night's arrest, an anonymous piece published on Medium accused Young of assaulting a Muslim woman during the "March Against Sharia," an anti-Islam rally attended by Proud Boys and white nationalists in Manhattan last year. The writer accuses Young of calling her a "Muslim slut" and a "terrorist," then assaulting her after she threw an iced coffee at him:

"He grabbed me by the throat and pushed me up against the wall. He held me there in a choke-hold, but because I was struggling he slammed me to the ground and tried to put his whole body on top of mine. I kept fighting back so he slammed me again on my left side and pushed my face into the sidewalk, and then slammed me one more time before he put his knee on the back of my head while he kept trying to choke me. During all of this I remember telling him to stop and that he was choking me, but he said 'I can still hear you breathing' and choked me even harder."

Afterwards, Young bragged on Facebook about "bashing that terrorist breeder," according to screenshots included in the Medium post. He also changed his Facebook bio to note that he was a "Fourth Degree Proud Boy," apparently signaling that he had "leveled up by assaulting me, a small Muslim woman," the alleged victim wrote.

Gavin McInnes, who founded the self-described gang, has repeatedly encouraged his followers to commit violence, and bestows higher rankings on those who have beat up left-wing protesters. 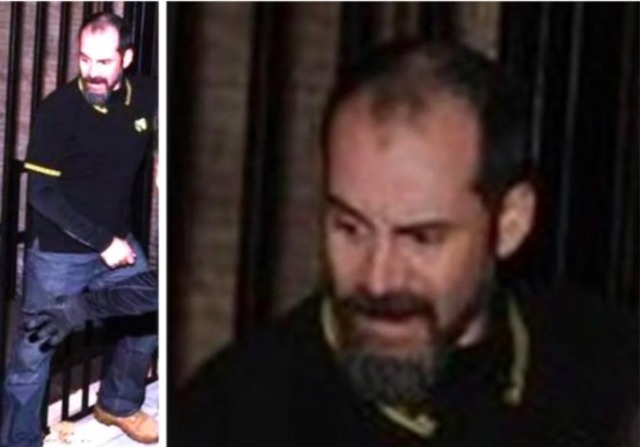 A spokesperson for the NYPD has not responded to Gothamist's questions about whether Proud Boys are tracked as an affiliation in their gang database. A spokesperson reportedly told a different reporter that they are not considered a gang, because the database "specifically tracks groups local to NYC involved in organized criminal activities such as drug distribution or organized theft." The database is 99 percent people of color, and internal documents obtained earlier this year show that wearing a gang-associated color on a certain street corner or communicating with the wrong person on social media is enough to land a person in the database.

In an episode of his podcast on Sunday, McInnes defended the mob assault and bragged about his alleged ties with law enforcement. "I have a lot of support in the NYPD and I very much appreciate that, the boys in blue," he said. The NYPD has denied this assertion.

Jake Offenhartz is a general assignment reporter. In his five years at Gothamist and WNYC, he’s covered policing, transportation, local politics, climate change and and all manner of New York City oddities. He lives in Manhattan, and enjoys bikes, pickup basketball, and city beaches.