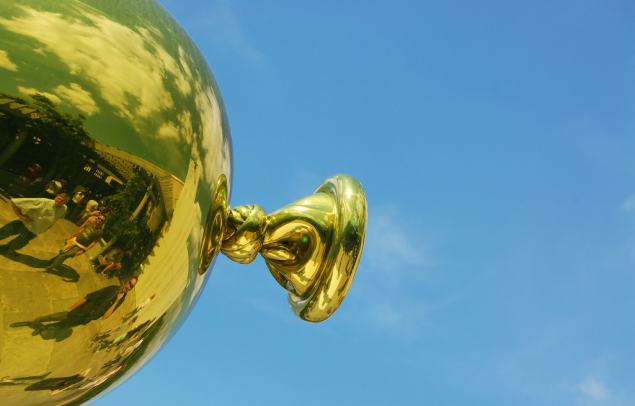 Today is shaping up to be a beautiful late-summer day. A high pressure system centered over Montreal will keep all but a few high clouds from the storm system formerly known as Fay well to the south of the city. The high today will be in the mid- to upper-70s. The warming from more southerly winds tomorrow will likely be balanced by more clouds to once again have a high in the mid- to upper-70s.

Friday's high will approach 80 degrees but it should be a mostly cloudy day. Saturday will feature the first chance of rain in two weeks. At the moment the rain is shaping up to be hit-or-miss showers and thunderstorms. The latter two-thirds of the Labor Day weekend is looking sweet: Sunny with highs in the low-80s.

In the tropics, the oddly named Tropical Storm Gustav (is Sweden hit by hurricanes?) dumped up to 25 inches of rain, killing at least five people, on Haiti and the Dominican Republic, is now headed toward the Gulf of Mexico. Gustav is expected to strengthen into a hurricane by tomorrow and become a category 3 storm, with winds of 111-130 miles an hour, once it enters the Gulf. The storm is currently headed westward but is expected to take a northward turn toward New Orleans over the next few days. This weekend is the third anniversary of Hurricane Katrina making landfall near the Big Easy.