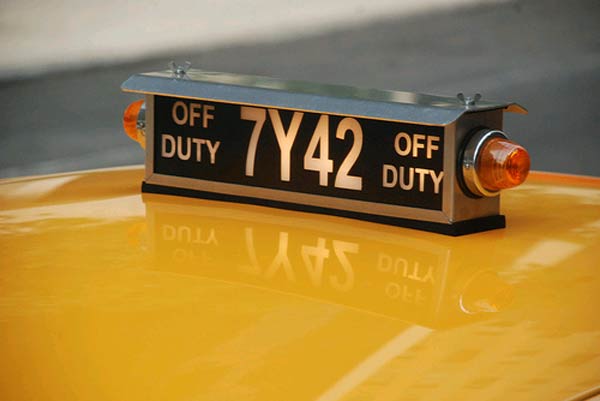 The New York Taxi Workers Alliance said that it definitely will strike on Wednesday and Thursday to protest the city's plans to put new technology, including GPS systems, in all taxi cabs. NYTWA spokeswoman Bhairavi Desai said, "Leave the car parked at home or at the garage. No yellow cabs for hire."

The city has said that the new technology, which also includes the option to pay by credit, is useful; for instance, the GPS would be able to help passengers track down lost items in cabs. However, Desai, whose organization has about 7,000 members (there are 44,000 taxi drivers in the city), said, "The Taxi and Limousine Commission is trying to ram this new technology down our throats. It's heavily priced, unnecessary and most of all it's been unproven to be operable in the streets of New York City."

NYC Hack blogger Melissa Plaut had an op-ed in the NY Times yesterday, outlining why the technology is something drivers would be better off without: The GPS doesn't provide actual navigation, it's not accessible to the driver (it's in the partition for the passengers), it costs about $3000-4000 to install, and when it breaks down, the meter stops. And when we asked a driver who had one of the systems in his cab if he liked it, he sighed and said, "It's horrible."

Still, there's been some opposing views from other taxi workers' groups. The NY State Federation of Taxi Drivers's Fenando Mateo said, "When there's no reason to fight, why fight? Ninety percent of the cars will be working, and the 10% who don't are going to be the losers." At any rate, the city's Office of Emergency Management is drawing up contingency plans in case of a strike.