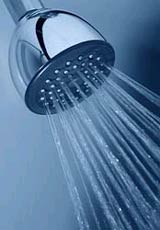 More detalis about the Rikers Island jail guard who is suspected of giving a handcuff key to a man accused of killing a cop during a traffic stop. Kadessha Mulgrav was transferred to another jail after investigators found that not only she gave him a key, but also gave him a SIM card for a cellphoneand took him to the shower room for no apparent reason. The Post reports she is being investigated for "undue familiarity" with Woods.

Woods was one of three men in a car stopped by police officers Herman Yan and Russel Timoshenko (the car had stolen plates) last summer. The men fired at the officers and then fled the scene, only to be arrested in Brooklyn and Pennsylvania. Yan recovered from his injjuries, but Timoshenko died a few days later, raising the charges against the three suspects to murder.

The Daily News reports "investigators are trying to figure out exactly what motivated Mulgrav to help an alleged cop killer." One source said, "The question is, why? Fear? Or worst of all, that she was having sex with him." However the guard denied having sex with Woods or giving him a handcuff key, which was caught by a metal detector in Woods' digestive tract prior to a court appearance. Mulgrav is currently working at the Queens Detention Complex and is barred from contact with inmates.