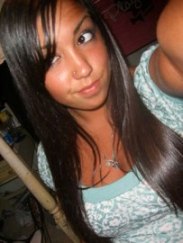 Over the weekend, Natalie Ciappa's parents became worried when their daughter hadn't returned home. After calls to her friends, they found her unconscious in a converted garage-rec room in Seaford, Long Island. The 18-year-old who was days away from graduation was later pronounced dead at a hospital. Now, the party's host, a 19-year-old, was arrested for evidence tampering.

The police say Seewong Sung was cleaning up beer and vodka bottles from the rec room. In fact, when Ciappa's father asked Sung for help in performing CPR until an ambulance arrived, Sung allegedly refused. Mineola Detective Sergeant Gregory Quinn said, "He refused to help. He was continuing to clean up the garage and remove evidence so that the police department and his mother did not know he was having a party."

Police do not think Sung's mother, who showed Ciappa's mother to the garage, realized there was underage drinking, since the garage is detached from the house. Adults can be arrested if they know there is underage drinking going on in their house, as one Southampton couple was this past weekend.

Sung will be arraigned on the felony charges and could faces between 1-4 years if convicted. There are no signs of foul play, and an autopsy is being conducted.

By
Brigid Bergin
The People’s Guide to Power preview: NY, Puerto Rico and the power of the “sixth borough”