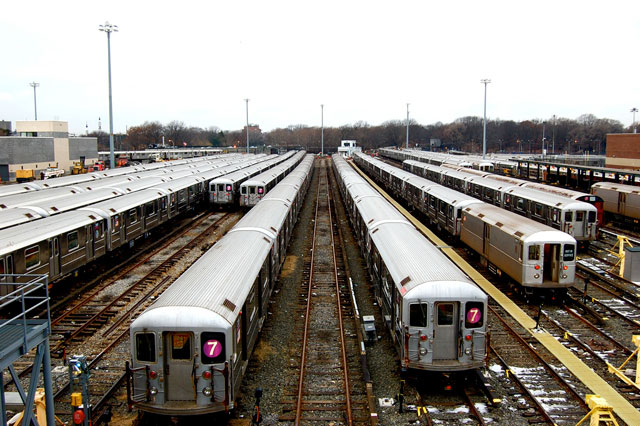 In the first State of the MTA Address, MTA CEO and Executive Director Elliot Sander mentioned the agency would invest an additional $30 million in more subway service, new and extend bus service in the city and additional commuter trains for LIRR and Metro-North. Now the Daily News finds out the MTA probably won't be able to do so, thanks to the faltering economy.

The MTA said, "A final decision won't be made on the enhancements until we report June revenue numbers next week, but revenues would have to turn around significantly as we are already $80 million behind in real estate taxes alone." (The MTA receives a share of some real estate deals.) Possible translation: Not only are we not getting service improvements, that fare hike is totally happening.

The News complements this news with an editorial blasting Sander's $10,000 raise on his $340,000 annual salary + benefits package and MTA Chairman Dale Hemmerdinger for allowing it: "The message [they] are sending is that sacrifice starts with straphangers - the very public Hemmerdinger and Sander will need at their side in the coming battle for transit funding in Albany."