More New Yorkers Driving with One Hand on Cell Phone 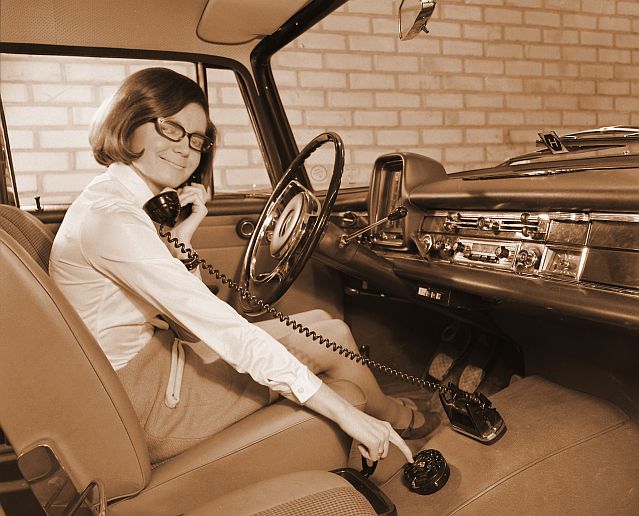 A maximum $100 fine doesn't seem to be stemming the rising tide of self-absorbed assholes who drive cars while blathering on their cell phones. Though a state law prohibits the use of a hand-held mobile phone while operating a motor vehicle, the number of violations has jumped fivefold in New York City since 2002, according to amNY. Last year almost 200,000 violations were reported.

An NYPD spokesman claims the increase is not due to increased enforcement by police but rather “increased negligence by drivers.” Cell phone use was a factor in 63 car accidents in the city in 2006, the last year statistics are available, according to amNY. But even legal "hands-free" cell phone use is problematic; last year a study found that hands-free cell phone chatting is favored by incessant multi-taskers who use their free fingers to engage in “grooming, eating, drinking and smoking” while driving. The New York State legislature is moving toward a law banning text-messaging while driving as well.

One New Yorker, Joe Casalino, recently wrote into the LA Times with a good point: Until cell phone violations result in added points to one’s driving record, few will take it seriously. (Starting July 1st, California drivers will have their chance to start blowing off the Golden State’s version of the law.) And according to a recent survey, New Yorkers lead the country in cell phone use while driving, with 70% of city drivers admitting they do it.

By
Michelle Bocanegra
What we know about NYC’s first ‘tent city’ for asylum seekers
By
Arya Sundaram
Early Addition: Bus drivers worry that open strollers are going to cause some fights
By
James Ramsay
LaFontaine Oliver, veteran public radio executive, named next CEO of New York Public Radio
By
Jon Campbell
Get the news New Yorkers need in your inbox