Last Night's Action: Nothing Is Easy 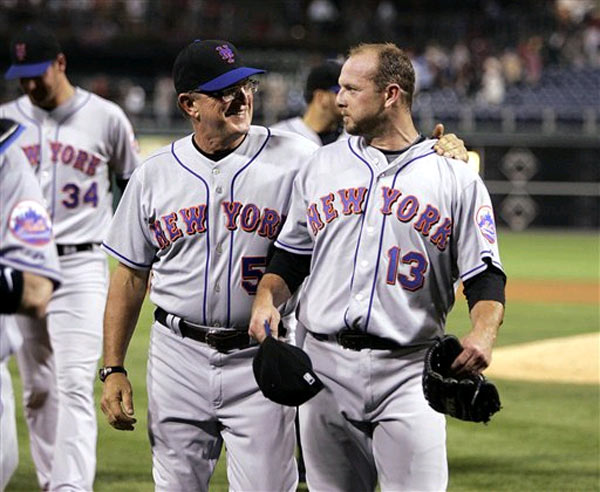 Mets 10, Phillies 9: Leave it to the Mets to stake Pedro Martinez to a 10-1 lead and then make him sweat it out. Martinez was charged with two runs in 5 1/3 innings, striking out six. He gave up two home runs, but this time they came with no one on base. Things looked rosy when he left thanks to David Wright's 2-for-5 night that included a home run. Then the Mets handed things over to the bullpen. Even Martinez had an RBI -- he also had a run score when third baseman Greg Dobbs committed an error on a ball scalded down the line.

Then the bullpen took over. Tony Armas got four outs and gave up three runs. Aaron Heilman got four and allowed two. Billy Wagner (All-Star) came in and wriggled off the hook in the ninth, but only after allowing two more runs. If the Mets had lost this one, who knows how they would have reacted. In two weeks, no one is going to care that they almost blew a lead. But people will care that the Mets took three of four from the National League East-leading Phillies and got over .500.