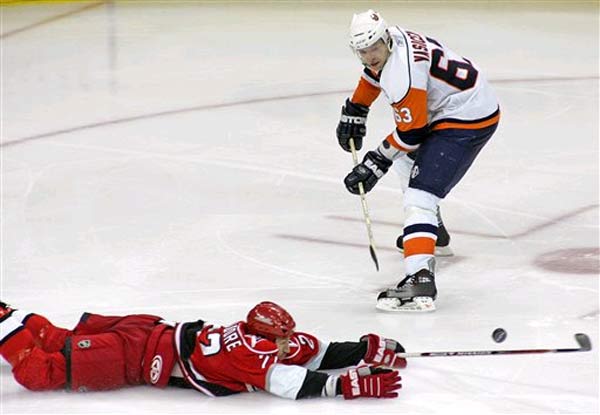 Islanders 4, Hurricanes 1: New Year's revelers that had to leave the game early in Raleigh didn't miss much last night, because all the scoring in the Islanders victory over the Hurricanes came in the 2nd period. When the Islanders scored, they did most of it in a flurry and on the power play. Three goals came in a 3:39 stretch (on four shots!) and three of their four goals came on the power play. Marc-Andre Bergeron led the scoring with 2 goals and an assist and Mike Comrie extended his points streak to four games with 2 assists. Wade Dubielewicz, who stopped 28 or 29 shots, won his 2nd start in a row for the Islanders, who have won 5 of 6.