Jealousy Motivated Man to Kill Girlfriend in the Bronx 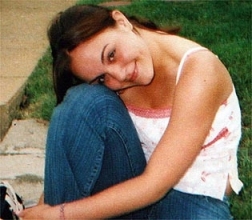 Police officials said that murder suspect Carlos Cruz told them was upset his on-off girlfriend was seeing other people, setting into motion a plan to kill her on a deserted Bronx street. Cruz allegedly said of Chelsea Frazier, "She was lying about what she was doing and she betrayed me."

Cruz, who grew up in the Bronx, enlisted the help of his cousin Devon Miller to shoot Frazier on Sunday afternoon and stage it as a robbery gone bad. The police told the NY Times, “If we hadn’t had the manpower that we just happened to have that night, it would have been very hard to work this case. But we had plenty of detectives, we had a couple of guys from the Homicide Task Force, we had the detectives that we usually work with here.” They questioned Cruz and Miller numerous times, and the men eventually implicated themselves throughout the interrogations. Police also used the men's stories against each other.

According to the prosecutor, Cruz said, "The plan was to shoot us both, with her injuries being more severe than mine" and “I planned to have Devon shoot Chelsea and shoot me.” Miller apparently told police Cruz asked him to "bang his girl, Chelsea." The men both pleaded not guilty in court yesterday. Miller's mother blamed the victim, "She wasn't an angel."

As for Frazier and Cruz's baby Alijah, Frazier's parents have been caring for him in Massachusetts. Frazier's mother told the Boston Herald, "We had a realy rough night...I know he misses her." She also added that Alijah's middle name is Devon--after his mother's shooter.