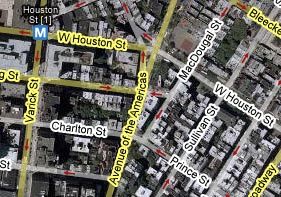 Yesterday morning, around 7AM, Queens resident Hope Miller was fatally hit by a truck turning right onto Houston Street from 6th Avenue. The driver, Roger Smiley, was fleeing the scene of an accident at Prince and 6th Avenue.

Miller had been crossing Houston Street, near a construction site. 1010 WINS reported that the impact "knocked her out of her shoes." Smiley was arrested and charged with "leaving the scene of an accident, driving under the influence of drugs and resisting arrest." He allegedly claimed that a seizure caused the first accident. The other driver in the first accident told the Post, "I was waiting for a red light, and [Smiley] just came up and hit me in the back," while he told the Daily News that Smiley had "red eyes" and looked drunk.

Miller was 28 years old and an aspiring actress. Her father said that she was on her way to acting class when she was hit by Smiley. Ivan Miller said, "She loved theater, so she decided to go to New York. She loved the city. She probably would have been there the rest of her life." 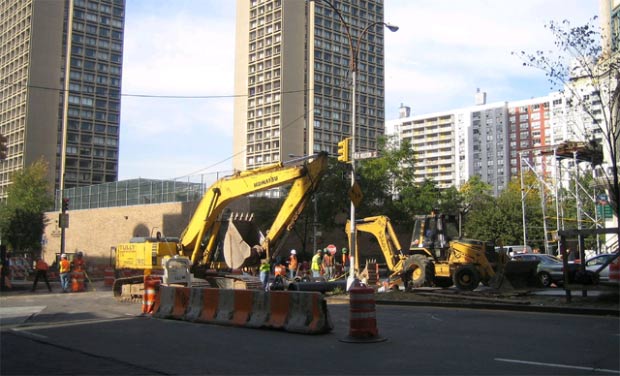 This is at least the fourth fatality (one at Houston and A, another at Houston and Elizabeth, and one at Houston and LaGuardia) along Houston Street in recent years. The Department of Transportation has been trying to improve Houston Street, but the massive project has become such a hassle and problem that City Council member Alan Gerson sued the DOT, Department of City Planning, Department of Design and Construction, and city itself, alleging that the project "constitutes a present and future public nuisance and health, safety, and welfare hazard to area and community pedestrians and to bicycle riders." Gerson told the Times the intersection of Houston and 6th is especially dangerous and that "There should have been a traffic enforcement agent there, especially at rush hour.”

Photograph of a familiar site on Houston - construction, blocked lanes