Helicopter Crashes in Hudson; No One Seriously Hurt 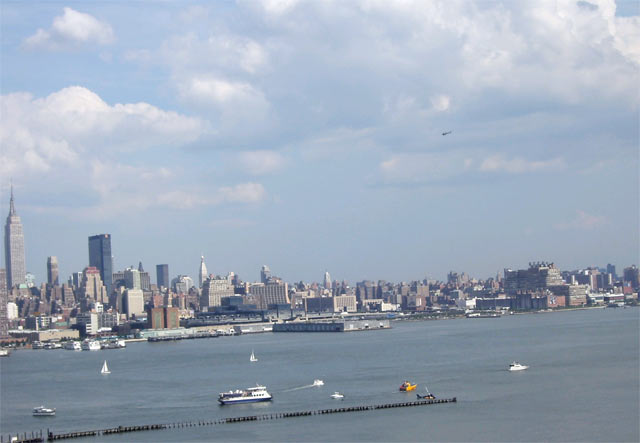 A helicopter on an aerial tour of New York City crashed into the Hudson River yesterday afternoon. Luckily none of the eight people - seven passenger and a pilot - were injured.

The Liberty Travel helicopter had only been in the air for a couple minutes, after leaving West 30th Street, before experiencing engine problems. According to the Post, chopper was "able to make a controlled landing then stay afloat using emergency inflatable pontoons." Then the passengers and pilot jumped into the water after putting on lifejackets.

One of the passengers was Jose Mejia, who happened to be an EMT. Mejia doesn't know how to swim and was given the helicopter tour as an anniversary present from his girlfriend, who was also on the tour. He told reporters, "I heard the propellers going and heard the engine making a very loud noise. We went straight into the water." He added, "The pilot was amazing, she really deserves my utmost praise." Mejia's girlfriend Zaira Machado said, "Some anniversary. One we'll never forget." 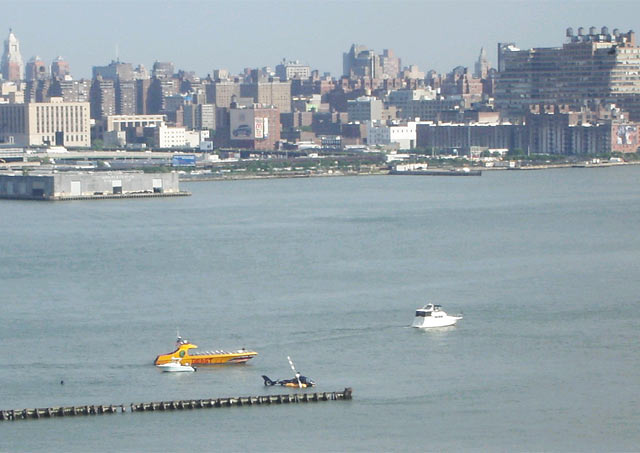 Civilian boats picked up the passengers and pilots from the water, including a Circle Line "Beast." The Beast's captain Mike Duffy told the Times he heard the crash and got there in 45 seconds from Pier 83 in Manhattan. He said, "It was pretty calm. It wasn’t your typical disaster.” The Coast Guard took the passengers to Pier 83 to be looked over.