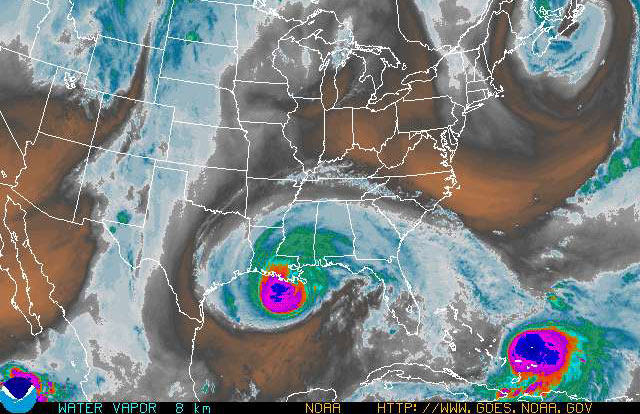 Not much happening in New York City weather today, or much of this week for that matter. A high pressure system parked upstate should keep things sunny, warm and dry through Thursday. Expect highs in the mid 80s each day. Wear plenty of sunscreen if you're going out to the West Indian American Day parade today. Next weekend we may need to concern ourselves with Tropical Storm Hanna.

The climate records will show that August was cool and wet. That's somewhat misleading as nearly half the month's rain fell early Saturday morning. Furthermore the coolness was all in the morning low temperatures. The average daily high for the month was almost exactly normal, while the average low was nearly three degrees cooler than normal.

Rightfully so, all weather eyes this morning are on Hurricane Gustav. The storm has weakened to a Category 2 storm on the Saffir-Simpson Scale, meaning sustained winds have diminished to 110 miles an hour, as the eyewall moves onto the Louisiana coast. Those are still dangerous winds, especially when combined with a storm surge of 10-14 feet and rainfall of 6-20 inches.