You win, Brooklyn. Obama's visit to Crown Heights this afternoon will NOT necessitate the closure of Prospect Park in its entirety. In a reversal, the Prospect Park Alliance announced via its website that "only portions of Prospect Park will not be accessible on Friday, October 25 during the President's visit. The closure will not affect the entire park. We apologize for the inconvenience and any confusion associated with earlier messages." So no ExtraMoogaVVVVVIP status for Obama, but the change of plans has already screwed over a wedding scheduled for today.

"At least one event planned for that day, a wedding, was canceled," the Times reports. All together, now: THANKS, OBAMA! It's unclear why it was announced that the entire 585-acre park would be closed between noon and 6 p.m. so that Obama's helicopter could land for a presidential visit to Pathways in Technology High School in Crown Heights. But on the bright side, it gives somebody the perfect excuse to back out of that marriage; this is obviously a sign that it just wasn't meant to be. 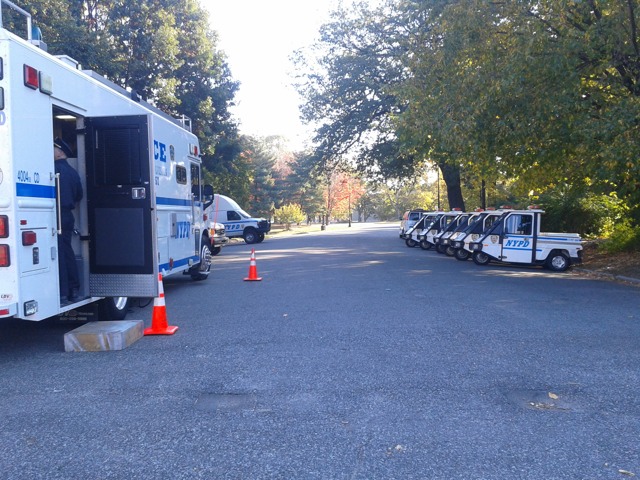 The closures will still take place from noon to 6 p.m. We'll update if the White House gets back to us on what's open and what's closed, but given the nature of presidential security, we're going to assume that information won't be made public. You'll probably just have to find out on your own, assuming anyone actually has the leisure time to enjoy the park on this gorgeous fall day. Oh, do you have today off? Well, isn't that nice. Though I don't know why you're reading this instead of sleeping. Not that I'm telling you to turn off your computer or read another website! Wait, click on the ads!