Last week, a 24-year-old Japanese man was killed by an NYPD patrol car in Queens as he crossed the street midblock after midnight. Ryo Oyamada, a student and musician, had been living in New York studying English for only three months. This week his family traveled from his native Kobe City to identify the body and speak with the NYPD about the investigation, but at a press conference yesterday they declared the NYPD's response unsatisfactory and blasted city officials for their silence.

The Oyamadas' attorney, Jeffrey Kim, maintained that the family wanted a full and thorough investigation by the NYPD and Mayor Bloomberg. According to a police report filed on February 21, 2013, a marked NYPD vehicle responding to a 911 knife assault call was traveling eastbound on 40th Street in Queensbridge with its emergency lights activated around 12:45 a.m. that morning, when Oyamada, who was reportedly leaving a deli near where he lived, "walked into the vehicle's path of travel," as he crossed 40th Avenue midblock.

But Kim says the family believes there's more to the NYPD's story, and they're asking for answers in an appeal reminiscent of the Canadian parents of 30-year-old Mathieu Lefevre, who was fatally run over by a truck in Brooklyn in 2011 . "There has been credible evidence that leads me to believe there was something other, which casts a dark and also doubtful shadow on what has been presented to the press by the NYPD," Kim, who is currently conducting an independent investigation into the incident, said. "I understand in incidents like this, there are surveillance videos, there are recording devices, there are eyewitnesses as well as speed-monitoring devices. We ask for full cooperation from the NYPD to preserve these items and to disclose them as soon as possible."

The police report lists neither the speed at which the car was driving, nor any witness reports of the incident. The NYPD has not responded to requests for documentation of the 911 call they say precipitated the crash. 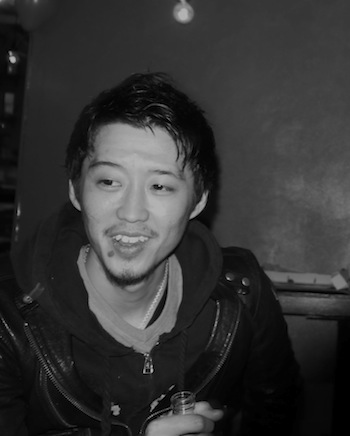 Kim also pressed for a stronger response from both the press and local leaders. "To date, I haven't heard from any of the local elected officials addressing this matter," Kim said. "I don't think it's a cultural matter. When a person dies as a result of an incident involving the New York City Police Department, I think it's incumbent upon an elected official. Something must be said, at least words of condolence to the family." He added, "It's saddening, and, I dare say, shameful as a New Yorker, personally, that there has been no response from the elected officials." (We contacted Queensbridge City Councilman Jimmy Van Bramer for comment, but have yet to hear back.)

Oyamada's father, Tsukasa Oyamada, and older sister Tomoko Suzuki were present at the press conference as well. "I would like to know the truth," the elder Oyamada said through a translator. He described seeing his son's body : "There was so much damage done, and he was very much coming out from the head. There were so many stitches, Ryo's head was like the head of a stuffed animal." Suzuki, also speaking through a translator, spoke briefly with tears in her eyes about her brother's life, saying Oyamada had a "suffered a lot, he had a hard life" in Japan, and had seemed to find happiness in the three months he'd spent in New York.

Also present was Orion Brown, Oyamada's roommate who lived with him and several others in Queensbridge. Brown, who described Oyamada as someone who was just "experiencing the U.S., experiencing New York and trying weird things...he loved it here," told us that his neighborhood has been rattled by Oyamada's death "Anywhere I walk, that's what's talked about in the street," he said. "I could be two miles away from our house and people are on the corners talking about it. There was so little press at first about it, and it seems like such a big thing that happened."

Kim says the family has no plans to file a lawsuit against the city until the NYPD's investigation is complete. But he maintained that the family is unhappy with how the city handled his death. "They're very dissatisfied with the response," Kim told us. "We're not asking them to comment on whether the NYPD did the right thing or not, we just want them, as a person, to say they're sorry this happened in our community."