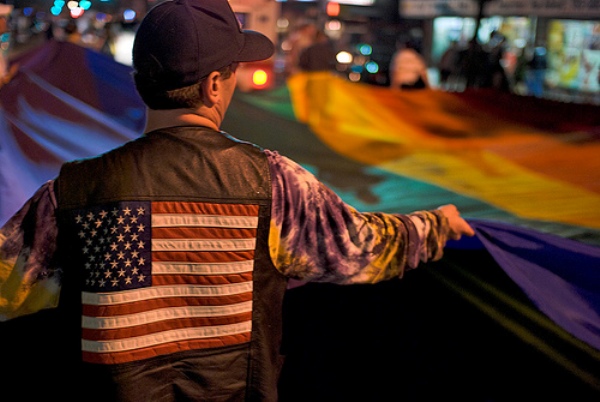 The California Supreme Court struck down the gay marriage ban and legalized gay marriage. The decision will go into effect in 30 days.

Chief Justice Ronald M. George wrote in the majority opinion, "In view of the substance and significance of the fundamental constitutional right to form a family relationship, the California Constitution properly must be interpreted to guarantee this basic civil right to all Californians, whether gay or heterosexual, and to same-sex couples as well as to opposite-sex couples.” You can read the court's ruling (PDF).

Where does this leave New York? Back in 2006, a NYC judge ruled gay marriage was allowed, but the city argued the State Constitution didn't allow it. The Court of Appeals eventually rejected gay marriage, much to the dismay of Chief Justice Judith Kaye, who wrote, "I am confident that future generations will look back on today's decision as an unfortunate misstep."

Last year, the State Assembly voted to allow gay marriages in NY, but the Senate didn't pass the bill. More recently, in February, an appellate court found NY State must legally recognize valid out-of-state same-sex marriages, the way it does the out-of-state marriages of straight couples. We predict the phones of events/wedding planners in California are ringing off the hook!

Here's a guide to gay marriage and civil unions around the country.