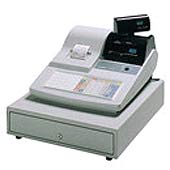 Mayor Bloomberg, our very own billionaire mayor, is asking state lawmakers to keep the sales tax at 8.375%. Apparently the sales tax, per "Rules dating back to the city's fiscal crisis of the 1970s" (thanks for the history lesson, NY Sun!), would have dropped 1 percentage point to 7.375% on July 1, 2008, but Bloomberg wants to keep it at its current level.

That extra 1 percent tax means about $1 billion in revenue for the city - or $1 billion in what consumers spend. City Council Member James Oddo, leader of the Republican minority, thinks the tax should drop, referring to the fact that the city has to learn to live without extra revenue, "There are some of us who believe we still spend too much in this town and if we can't find the means to control ourselves, then maybe we need an extraordinary event like this." But others doubt that the sales tax will drop, because the city projects budget deficits in the future.

As it goes now, 4% of the sales tax is for NY State coffers, while 4% is for the city; the remaining .375% is for the "Metropolitan Commuter Transportation District," which is, we think, supposed to be for transportation issues but ends up in a general fund (therefore, the MTA doesn't get a real crack at it). Here's the city's information about sales and use tax.

By
Jon Campbell
New Yorkers can now look up the records of police they encounter
By
Samantha Max
Advocates call on Columbia to provide affordable housing to its Morningside Heights neighbors
By
Caroline Lewis
Flooding hits site of planned migrant ‘tent city’ in the Bronx, intensifying safety concerns
By
Jake Offenhartz
Get the news New Yorkers need in your inbox