Gary Russo of Queens, a.k.a the Second Avenue Subway Sinatra, has been missing since last week, according to the NYPD. 54-year-old Russo, a union ironworker, was last seen a week ago Tuesday, shortly after midnight, at his home in Howard Beach. His family reported him missing on Monday, and the investigation is ongoing.

Russo first eased our MTA-induced pain back in the summer of 2011, when a reader spotted him crooning with a portable amp on his lunch break outside of the Second Avenue Subway construction site at 73rd Street. The perpetually delayed project was particularly noxious at the time, which made Russo all the more endearing. That August, his uncanny cover of "Summer Wind" went viral, with more than a million hits in one week. Here he is, performing next to an equally-endearing handwritten sign that reads "FORGET ALL THE NOISE,TRAFFIC, AND THE IMPACT OF THE 2ND AVE SUBWAY ENJOY THE MUSIC." 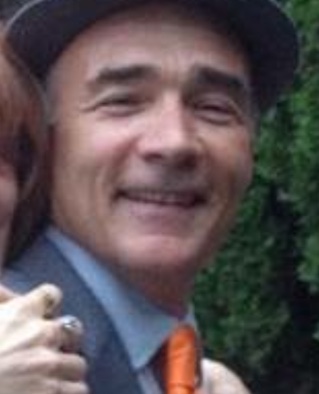 , and by November Russo had co-written a self help book called Don't Die With Your Song Unsung. (From the description: "If you're so stuck doing what you need to do that you can't find the time to do what you love, let Gary's story inspire you to change your perspective, set goals, and take action to achieve them.")

Indeed, it seems that Russo's aim has always been—in addition to performing in Sinatra cover shows—to help others achieve their latent dreams. "I have always felt there was a true artist hidden inside of me," Russo writes on his website. "Don't be afraid to share your talent with the world. It's never too late to follow your heart. You never know what life has in store for you."

This January, the Huffington Post did a mini-profile on Russo, noting that he had been going through a divorce and "fighting depression" when he took up the Sinatra gig. According to the news website, singing on his lunch break was a way for Russo to "exorcise his demons."