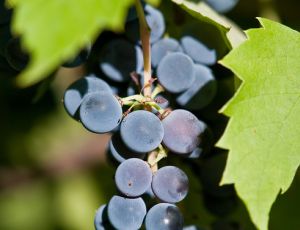 Wine bars are popping up all over town these days, and diners are also gravitating toward food made with local ingredients, so it makes sense that the next wave in the vino trend will be local wineries. Though a Staten Island vineyard is in the works, and the centuries-old Queens County Farm plans to sell wine from its vineyard this fall, the new urban wineries have to make do with grapes from Long Island or the Finger Lakes.

The Village Voice surveys the nascent scene and spends time with Michael Dorf, the Knitting Factory founder who says making wine is better than hanging with Mick Jagger. This fall Dorf will open City Winery, where he hopes customers will pay $5,000 to make their own barrel of wine, with the help of an expert. (A barrel yields about 250 bottles.)

In Greenpoint, Allie Shaper started Brooklyn Oenology; she also founded the Urban Winery Alliance to foster cooperation between wine makers. Brooklyn Oenology now has a 2005 Merlot and a Chardonnay, both made on Long Island. Asked why it’s not called Long Island Oenology, Shaper says, “Technically, Brooklyn is part of Long Island.” In a couple years she expects to make some of the wine in Kings County.

The Brooklyn Oenology wines are available at Soho’s Vintage New York, where owner Robert Ransom also makes a small amount of wine and hosts tastings. And Red Hook will soon be jumping into the wine making game; wine blogger Dr. Vino reports that Abe Schoener, a Californian wine maker, will be opening an operation in a huge complex on Beard Street at the end of the summer. Again, the grapes will all be shipped in from out of town, but maybe Brooklyn feet will be stomping them.