But back to those pizzas, in combinations like wild mushroom, sweet garlic, fontina cheese and tarragon (Wild & Sharp, $14); pulled rabbit, cloumage cheese, ramps and asparagus ("Spring Pizza," $18); and a heavy duty pie with braised short rib, creamed spinach and horseradish ("When Peter Luger Goes Out For Pizza," $18). In addition to the pies, Chef Thompson's doing a lineup of "chowdas," stews and chilies like Snap Pea & Leek Chowder ($10) with curried pearl onions and pea leaves, plus small plates like Skate Fingers ($10 with jalapeno tartar sauce and super cheesy Rice Fritters ($9).

For more filling dishes, look for "Proteins" including Mustard Crusted Rabbit Leg ($21) or Whole Roasted Black Bass ($23) with broccolini. Wines have a New York vineyard bent, tap beers are craft, of course, and speciality Bloody Marys will be part of the cocktail list. 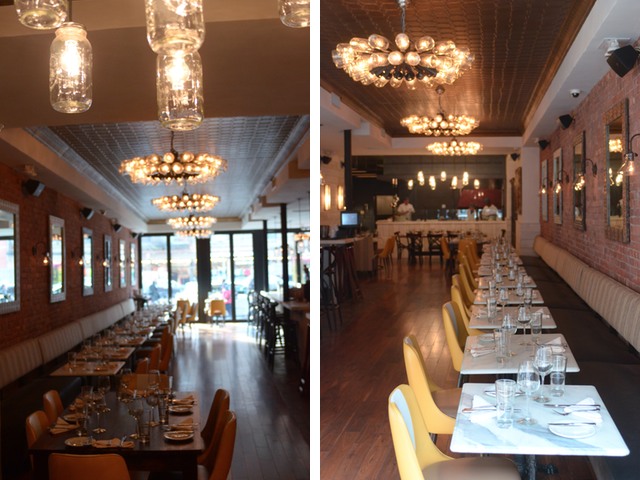