By
Jessica Leibowitz
and
Christopher Robbins

By
Jessica Leibowitz
and
Christopher Robbins

Michael Lorenzini has spent a lot of time looking at dead bodies. "I did my masters thesis on police photography," he told us on a recent afternoon in the Municipal Archives building, where he holds the title of Curator of Photography.

When photos taken by the NYPD are no longer active, they're given to Lorenzini and the Department of Records to preserve and catalogue.

"The police department holds onto things for longer than other agencies because things could be an active record for much longer, in the case of an unsolved homicide or something," Lorenzini said. 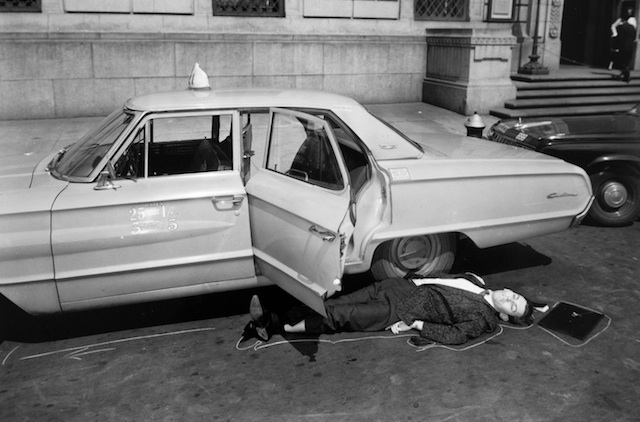 The corpses depicted in the old photographs—shot in a "stick up," struck by a car, crushed by falling bricks—are decades old, and still emit a sour stench.

"Some of these prints may even smell like vinegar, and that’s because acetate negatives, when they deteriorate, give off acetic acid, and that’s going to infect all of the prints and everything around it and accelerate deterioration," Lorenzini explained, as he slipped on some white gloves. "We have to separate those and put them in cold storage, cataloging everything as we go so researchers can come in and use the collection." 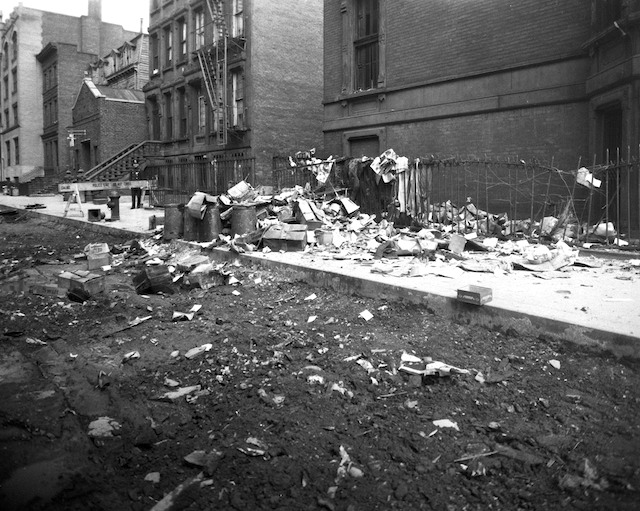 The scene outside the Collyer brothers' brownstone near the corner of Fifth Avenue and 128th Street. Police had to clear out trash and booby traps to retrieve the bodies of the two brothers. (courtesy of the Municipal Archives)

Lorenzini said that managing the archive has sharpened his "respect for life and the fragility of life."

"People say, 'This stuff doesn’t scare you anymore?' And I’m not scared of being murdered, what I see is that we have a time on this earth and we don’t know when it’s going to end."