[SPOILERS AHEAD] It's the summer of '69! And last night's episode was a good snapshot of the city's landscape during that time, from women in their 30s daring to be single and focusing on their careers, to gay men fighting for their rights... and on a more national scale: the changing family. Below, we unpack some of the real life references throughout the episode (next week is the final one of the half-season!). P.S. Did you know AMC is making the full episodes available online?

I AM CURIOUS (YELLOW)

Megan and Don go to see this film ("I'm still scandalized," Don tells Peggy), which had just been imported from Sweden. The NY Times published more than a handful of articles about this movie (the first of a two part series to be imported from Sweden) in 1969. Vincent Canby penned one of the first, in March that year, writing, "I Am Curious is a good, serious movie about a society in transition. In an interesting—although not terribly revolutionary—way, it attempts to be a total movie. It was this attempt that led the movie straight from Customs to a US District Court, which , showing its usual, extraordinary artistic sense, promptly labeled the move dangerous for the same adult population that is being softened to death by detergent commercials." While it made it to NYC screens (and other U.S. cities), Boston banned the movie, deeming it "obscene." 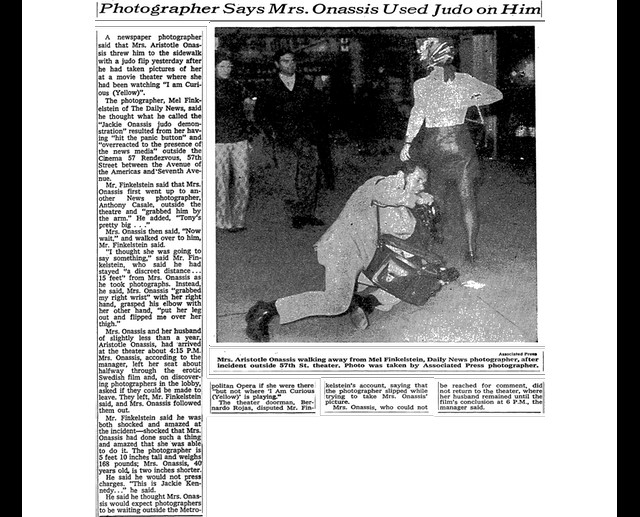 In October of 1969, Jackie Onassis threw a Daily News photographer to the ground with a "judo flip" as he photographed her leaving the theater, where she was seeing this film. 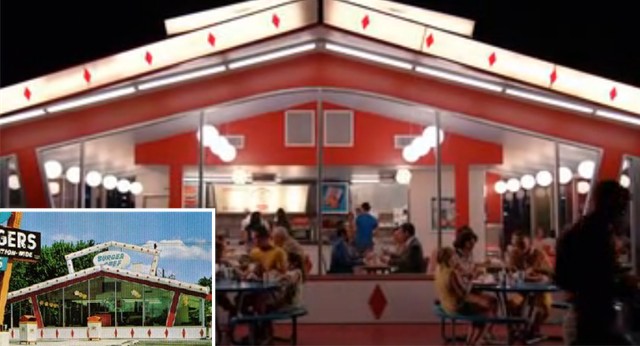 Peggy is struggling a bit with the family friendly Burger Chef ad campaign, as her creative well is housed inside of a 30 year old single career woman. While she attempts to shift the pitch towards a less family-centric campaign (with the help of Don), in reality Burger Chef remained pretty family-oriented in their commercials through the 1980s. The first one here is from 1969: 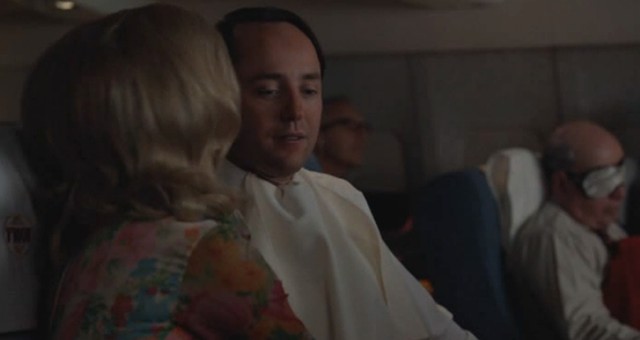 Pete and Bonnie are flying in to NYC and decide to join the Mile High Club. Did you know it was allegedly invented above New York? According to legend, the club's founders were "pilot and design engineer Lawrence Sperry and socialite Mrs. Waldo Polk." The setting: an autopilot-equipped Curtiss Flying Boat over New York in November 1916. The plane crashed into the South Bay, and the two were found alive and unclothed—New York tabloid the Mirror & Evening Graphic put the story on their front page, with the headline: "Aerial Petting - Ends In Wetting."

Arrests for gay propositioning would opened men up to blackmailers. In fact, Stonewall was chief locale for one notable blackmailer. #MadMen

Bob Benson gets a call from one of the Chevy guys, who is in NYC with him, asking to bail him out of jail. He landed behind bars for trying to "fellate an undercover officer," no doubt a member of the Morals Squad.

In 1969, "homosexual acts were illegal in every state except Illinois," and that summer the NYPD would raid the Stonewall Inn—Seymour Pine, Deputy Inspector of the Morals Division of the NYPD at the time, recalled, "There were no instructions except: put them [gay bars] out of business." It's possible Stonewall was about to, or just happened in this episode—as the Bowery Boys point out.

A few weeks prior to the raid on Stonewall, the NY Times published an article titled: How Anguished Are Homosexuals? The article was written by Donn Teal, a gay man who had previously written about the subject under the pen name Ronald Forsyth—using the pseudonym was criticized by some in a few letters to the editor.

Frank Sinatra released "My Way"—which became a huge hit for him—on June 14th, 1969. Peggy tells Don, when it comes on the radio, "They're playing it all the time."

In-flight movies: Pete and Bonnie are shown watching an in-flight movie on their way to New York. It was in the 1960s that in-flight entertainment was becoming mainstream, with headsets and videotapes being used.

The New York Athletic Club: We find Roger in the steam room here (where he tells another man that the club "frowns upon making advances in the steam room."). The private social and athletic club is still around, and still at 180 Central Park South (though there's another on Travers Island).

Sandals in the city: Bonnie walked around the city in sandals all day, and tells Pete upon her return, "Look at these feet, I wore my sandals and I look like a hobo, my toenails are black." Pete tells her, "You can't wear those in the city, you might as well be barefoot."