These LaBeoufheads Have Been Waiting On Line To See Shia Since 2 A.M.

Shia LaBeouf, man of my dreams, is currently sitting in his new movie theater home in the Angelika Film Center, preparing for the start of Indiana Jones and the Kingdom of the Crystal Skull (see the updated film schedule below). But while Shia and theatergoers inside get to experience Cate Blanchett's Russian accent, there are still throngs of people waiting on line to spend time with the former Even Stevens star. In fact, some unfortunate souls have been queuing up at the Angelika since 2 a.m., which is really too long to wait considering Transformers is on television like every 15 minutes.

.@Gothamist #ALLMYMOVIES line is now wrapped all around the lobby & now going outside @AngelikaNewYork for Indiana Jones @thecampaignbook

"It's like a really bad Disney line experience," one woman on line told us this morning, noting that the lucky few who made it into the theater were pretty much camping out for the Ultimate Shia LaBeouf Cinematic Experience, which is scheduled to last through Thursday night. "They're not making people leave. Once you're in you're in." The man at the head of the line who has been there since 2 a.m. said when he showed up the line wound around the block, and he suspected that at least a few people had been inside since midnight. 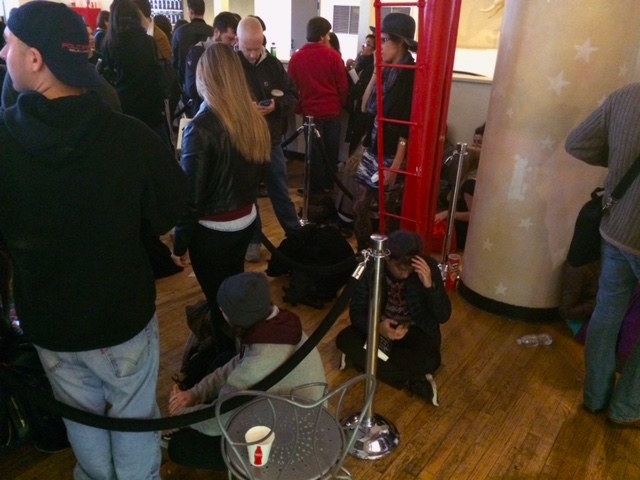 An employee told the crowd that there was no estimated wait time, since the theater couldn't eject people who were already inside. "Stay strong. You can do it," he said, adding, "You'll be there eventually." Thanks, Estragon! Meanwhile, patient folk entertained themselves with books and laptops, presumably keeping tabs on Shia's livestream. 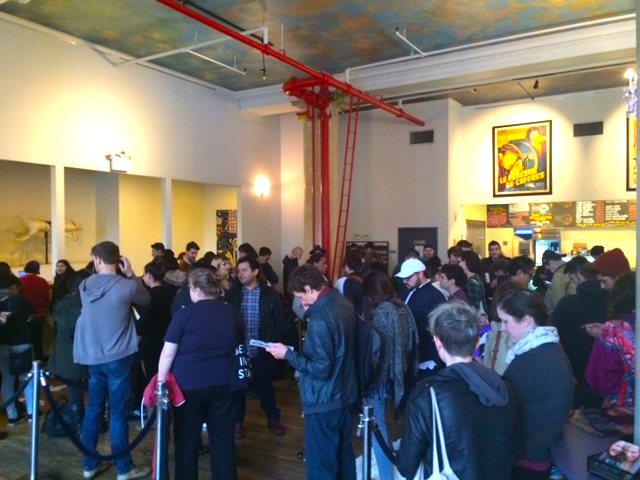 It's unclear whether those who wait will even be acknowledged by Shia—"If you want to say something to Shia you can, but he most likely will not respond because he's in the zone right now," the theater employee told the crowd this morning. "He's just transfixed watching himself right now."

So far, Shia has used the restroom, briefly napped, and feasted on Jolly Ranchers and popcorn. He will be at the Angelika through midnight tomorrow, and if you feel up to braving the line, please consider bringing him a salad, pillow, or nice apple. 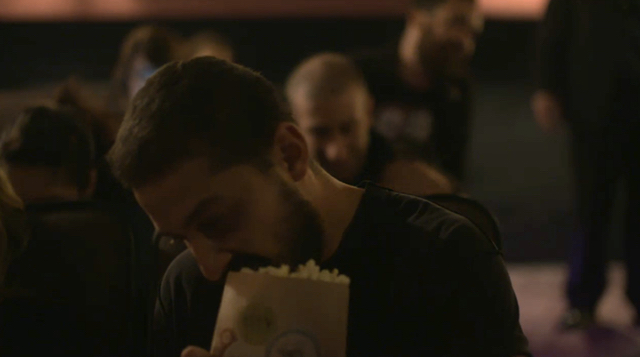 Anyone who is hoping to see a #shialabeouf film with Shia Le Beouf #allmymovies , HERE is the correct schedule pic.twitter.com/f9MJkOWMKm