MTA Unamused By Lord Of The Rings Service Advisory Sign

As you no doubt know, Lord Aragorn will at last be crowned King of Gondor tomorrow! It has been a long and grueling journey for the brave descendant of Elros Tar-Minyatur, but after reforging the sword wielded by King Elendil of the Dúnedain during the war between the Last Alliance of Elves and Men and Sauron of Mordor at the end of the Second Age, Aragorn is at last ready to assume the throne. Obviously, this will result in some mass transit service changes. Please be patient!

Lord of the Rings service advisory signs posted in various subway stations by the pranksters at Puck Works inform commuters that Great Eagles will be flying between Rivendell and Minas Tirith tomorrow, and travelers are encouraged to take the notoriously slow south east-bound Ents from Fangorn Forest to Minas Tirith. ("Expect delays," heh.) Lord Aragorn also advises commuters to travel by day and "avoid caves and abandoned mines at night."

We asked MTA spokesman Adam Lisberg for comment on the geeky service changes, and unfortunately he doesn't seem too excited about the upcoming reign of King Elessar and the dawn of the Third Age. "If someone’s idea of a cute sign has the potential to confuse even a single one of the MTA’s almost 6 million daily subway riders, then we’re going to take it down as fast as we can find it," Lisberg vowed while secretly running his finger along the edge of a ring hidden in his vest pocket. "And every employee we have to devote to cleaning up this guy’s joke is an employee who can’t work on keeping the rest of the subway system clean."

Sounds like a certain someone wasn't invited to Aragorn and Arwen's post-coronation reception! Too bad, because Gandalf's fireworks display is going to be amazing. 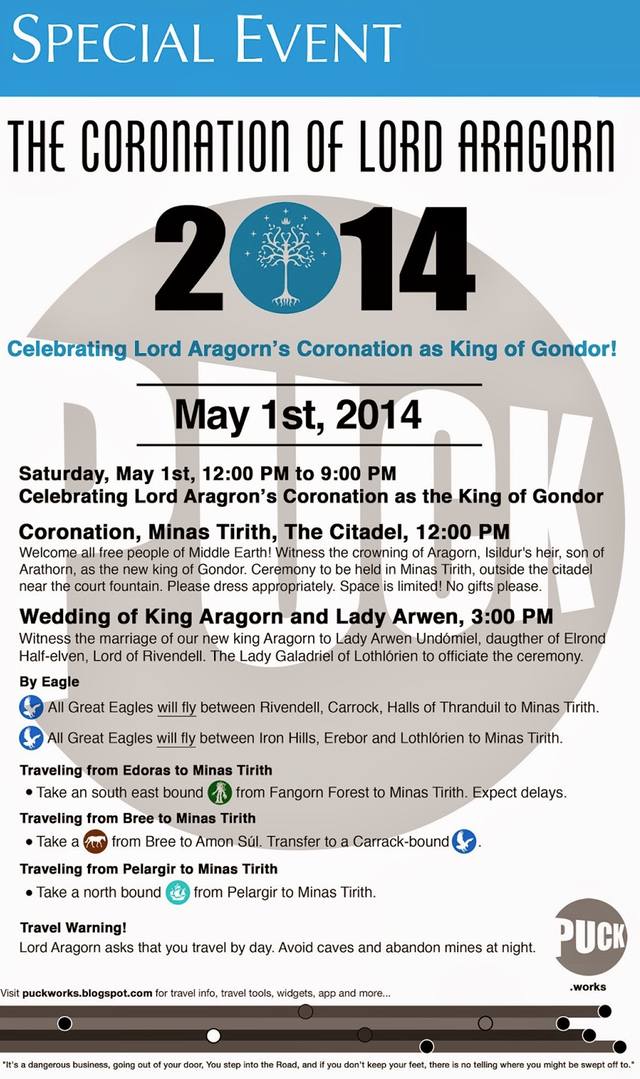