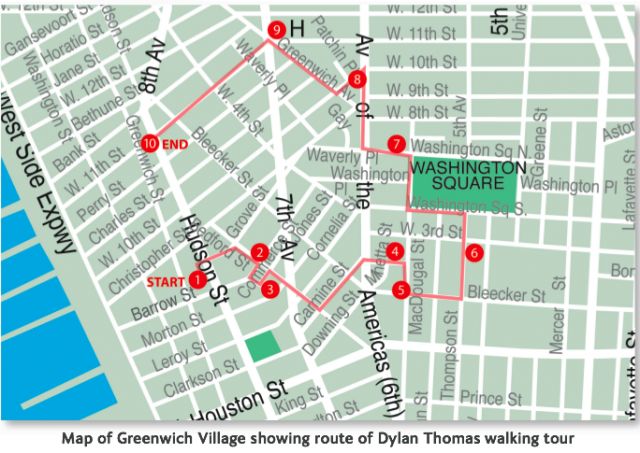 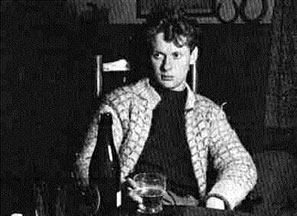 Along with the office of the Welsh government, Peter Thabit Jones and Dylan Thomas's daughter Aeronwy have compiled the ultimate guide to the poet's New York--specifically Greenwich Village. The walking tour is self-guided, and they provide a handy printable PDF with factoids for your journey. Aeronwy states that it makes "the real facts about my father’s time in New York available to anyone who wants to learn more about him."

The Welsh Government's website explains that the tour highlights some of the city’s buildings and landmarks connected with the poet’s visits (he stayed here while on four reading tours of North America between 1950 and 1953). Included are the (still closed) Chumley's, the Church of St. Luke's in the Field (where hundreds showed up for a memorial service after his death) and St. Vincent's Hospital (where he died while being given a bed bath by a nurse). Of course, the White Horse Tavern is also on the tour, and it's suggested you raise a glass to the poet and spend some time in the room dedicated to him. [via Living with Legends]