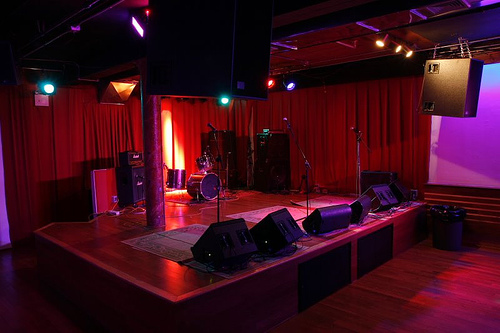 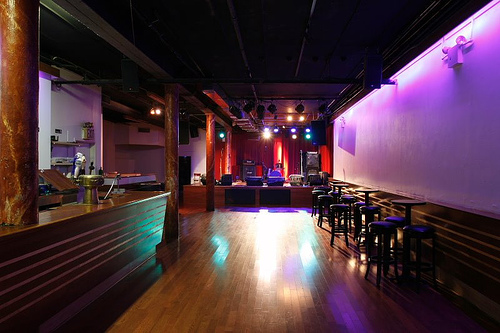 The Lion's Den, which has hosted everyone from Ben Folds to jamband fan-faves Disco Biscuits since they opened in 1990 -- will be shutting their doors at the end of the year. And come January 2nd, they'll reopen...as a 345 capacity venue called Sullivan Hall. (Fear not explorers, the secret passageway to The Sullivan Room will most likely still be intact.)

Why change the name? Maybe they want to leave their dank past behind, after all -- the joint is all shiny and new now. The venue tells us that the renovations, which were done in July during a 3 week closing, include "an extra acoustic treatment and lighting changes." Don't expect too many changes though, you'll still be able to catch the same types of acts (a glance at their January calendar shows sets from Lee "Scratch" Perry's Backing Band and a Pearl Jam cover band called Evenflow). We're told "in a sense it is under new management, there is a new partner involved however, CEG, Inc. still runs and promotes the shows. We will host the same genre of bands, however, you will be seeing higher caliber acts rolling through as well as more of a variety of musical nights."

Opening Sullivan Hall is Marco Benevento, who will have a 5-night residency with lots of special guests.