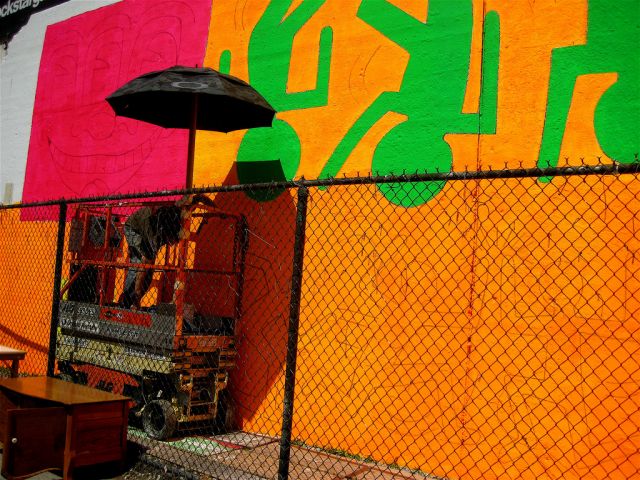 Nylon has some shots of the new Keith Haring mural going up on E. Houston as a tribute to the artist on his upcoming birthday, May 4th. Still a work-in-progress, you can find it between Bowery and 2nd Avenue.

Last year Cityroom reported that Haring's "Crack is Whack" mural in Harlem River Park is "one of the only — if not the only — public art works by Haring still visible in New York City." However, later that year the NY Sun reported that "an area of the American Textile Building in the TriBeCa neighborhood was discovered to contain a painting of Haring's from 1979."