The only way to find the party is to follow the girls in sky-high platforms and boys with multicolored facial hair up the jammed escalator and through the shuttered mini-mall that sits directly beneath the Manhattan Bridge. Then hang a left and watch your step lest you run straight into the plexiglass entryway somewhere between the sidewalk and the smoke machines. Welcome to 88 Palace, a Chinatown dance venue that turns back into a dim sum parlor once the clock strikes 4 a.m.

An after-hours Chinese restaurant adventure always raises a few eyebrows among friends I implore to tag along, but it's not a new premise, as promoters MeanRed and Travis Bass have been hosting pop-up parties in these spaces since 2008.

Think of it as another take on the messy ethos of the traditional do-it-yourself show. A hushed affair that goes as quickly as it came, these parties act as a way to change things up in a city that sometimes feels stagnant when you go out Wednesday through Sunday.

"It's still like you have to be on our list or be really paying attention to it to know that it's happening," Jen Lyon of MeanRed said over the phone. "It definitely hasn't hit the mainstream, for sure."

With more than a decade of experience in the city's nightlife scene, Lyon and her partner, Katie Longmyer, were one of the first people to throw full-scale, pop-up dance parties in the now legendary 88 Palace space after an intern first scouted the location for their Flashing Lights party series.

"It's nice, because for the most part it's all still pretty off the grid and you can get a little crazy there," she said. "I think people just feel a little more free to be a bit more unhinged than usual, since it's a dark weird space and you don't have to abide by the norms that happen in a nightclub."

Former 285 Kent curator Ric Leichtung agrees that a space "can completely change the way people interact with each other."

"It's a very real catalyst that leads to those unique, one-of-a-kind experiences you can't get from most places. Go to a pop-up rave in a restaurant and you might stumble upon some strangers having sex in the kitchen, or maybe a sketchy stranger could offer you cocaine off their house key." 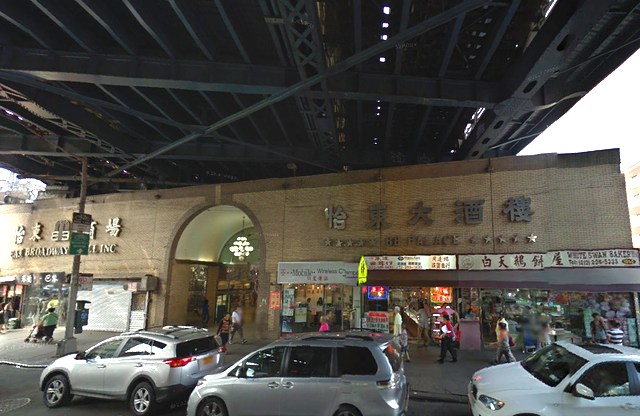 The cover ranges anywhere from $10 to $30, which might seem steep for the broke art school kids, touring musicians back home for the weekend, and the tight-knit production community that throws the parties. But it's on par with Brooklyn clubs like Verboten or Output.

"I mean, it's a big set up," Lyon explains. "We have to bring in all the sound and all the security and all the bar setup and stuff. Plus, we're also bringing in some pretty top-caliber talent into a dim sum restaurant."

These stacked bills are what tend to be the main draw for a young crowd keyed into the latest vaporwave-y meme of the moment, as evidenced by the level of outré-electronic, experimental, genre-bending labels who are represented at these gigs. From PC Music's off-kilter pop to Hyperdub's grimy funk to Night Slugs's techno-influenced dance, you're almost guaranteed to hear the kind of people making waves in London and Berlin. Plus, all of the drinks are under $10.

Most recently, I went to JACK댄스 New York, a playful, candy-colored blow-out that brought the kawaii, London-based party over for its first event, held in the spacious China Chalet restaurant, an unassuming FiDi establishment with a dire 2 ½ star daytime rating. Amongst all the fashion sportswear and glitter eyeshadow, there was also a strange ghostly presence in the form of the Chalet staff, who linger in the corners, almost as if there's no skull-drilling bass reverberating in the background or kids ashing their cigarettes on the carpeted floor. 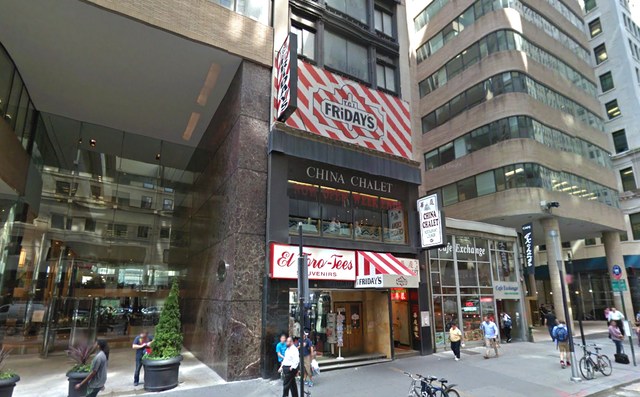 Still wearing their polished work uniforms, they hang around on clean-up detail, wordlessly side-eyeing boys with forehead piercings and girls in iridescent kimonos with warm Tecates in hand. A strange side gig, for sure, but as they're part of the restaurant's event package, these busboys by day end up becoming ushers, bouncers, and bartenders by night.

More importantly though, these restaurants are fully permitted event venues, and as such, these parties are much less likely to be broken up by the NYPD.

"The offbeat location leads to lawless, uninhibited behavior while also being safe and up to code," Leichtung said. "It's ultimately a positive thing."

Illegality was once considered the hallmark of any DIY show. Now it's almost essential that these spaces are legit, as DIY events in New York have had to go somewhat further underground due to tightened regulations and a crop of new neighbors who have become less than receptive to their presence.

This reality was recently voiced by Todd Patrick, the most prominent DIY promoter in the city, when he told the Voice that "DIY venues as we know them are finished." After years of hosting unlicensed parties, Patrick's newest ventures, Trans-Pecos, and the almost-open Market Hotel, both have the proper paperwork. Patrick has also thrown parties in Chinese buffets in Queens.

"Todd's always on the money," Lyon sighs. "It's really tightly regulated... I think nightlife and music is something that's generally seen as a prospective nuisance first and art second."

As Manhattan became more sterile and expensive, Brooklyn picked up the slack, though it's still nice to know there's bao-meets-ballroom parties on the Bowery.

"Chinatown is still a little off the grid," Lyon says. "For whatever reason the owners of these restaurants are willing to partner with these folks on doing events and they're willing to get into it," she laughs. "And they enjoy it and I think that's just part of it."