Don's current apartment in the 1960s.

For the past couple of seasons, Mad Men's Don Draper has been living in style at 783 Park Avenue, Apt. 17B. The sprawling, high rise space is a mid-century dream, with an enviable sunken living room as its centerpiece. Could Don Draper really afford to live here? Real estate resource Trulia tells us they checked the numbers to find out, and here's what they determined:

This isn't looking good for 2015 Don, who hasn't always lived in such luxury, but even his transitional Waverly Place spot suited him just fine. 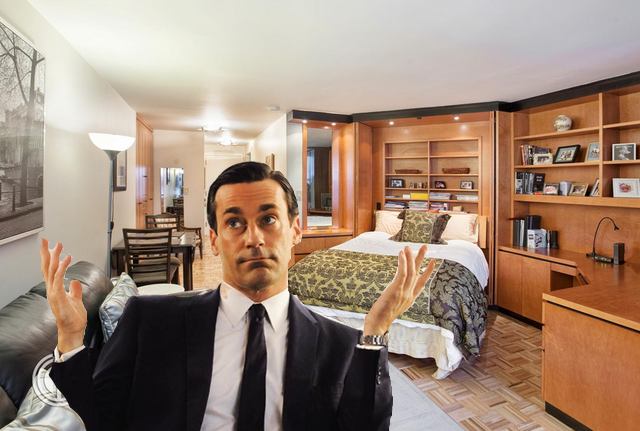 We're told 2015 Don Draper can afford this studio, with a Murphy bed.

Trulia says that "the modern day Don Draper would be better off in an apartment in Midtown or this one in the Financial District." A STUDIO. WITH A MURPHY BED!

We asked them for another example of where he would really be living if he existed in modern day Manhattan, and they came up with this spirit-crushing place on West 10th Street. A nice place for the rest of us, sure, but can you picture Don Fucking Draper bringing a lady home to this humble nightstand and brick wall view? 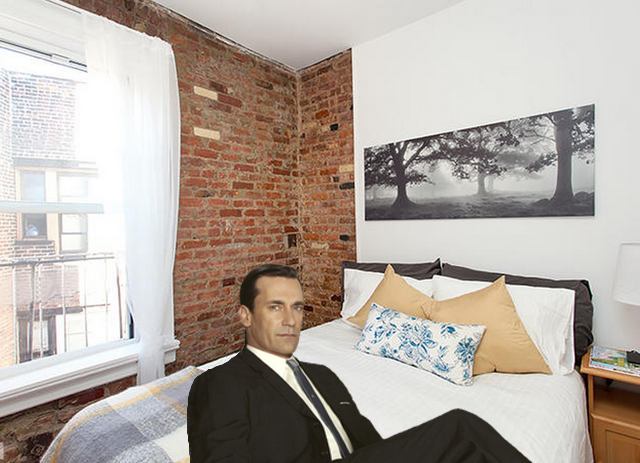 In conclusion, 2015 Don Draper moves to Los Angeles and pens epic "Goodbye To All That" letter in the NY Times, for the Southern California Board of Tourism, his first West Coast client.