It's time to build your frankenblankets and get ready to fight for precious lawn space: the HBO Bryant Park Summer Film Festival returns on June 19th.

This is the 25th year of the event, and this year's lineup features classics bringing you from 1933 through 1987, and closing out strong with favorites North by Northwest and Dirty Dancing. Prior to the big feature at sundown every Monday night, there will be live performances as well as old Warner Bros. cartoons on the big screen.

As you can see in the above video, you'll want to plan ahead if you're determined to get a prime spot—here's our guide on how to do movie night right at the park. We're serious about that frankenblanket. 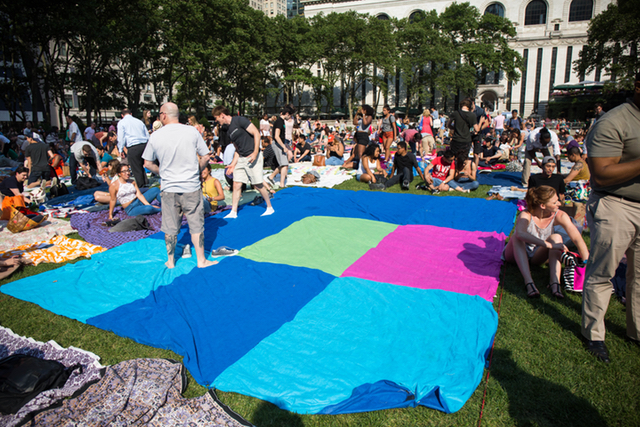